Billy Hatcher and the Giant Egg Wiki
Register
Don't have an account?
Sign In
Advertisement
in: Characters, Billy Hatcher

View source
watch 01:36
We're Getting Mutants in the MCU - The Loop
Do you like this video?
Play Sound

Billy Hatcher is the main protagonist in the game Billy Hatcher and the Giant Egg. He is an inquisitive boy from the human world. After rescuing a weakened chick from an attacking crow, he and his three friends were chosen by Menie-Funie to save The Chicken Elders and return the Light to Morning Land. He is a bit mischievous, but would do anything to save Morning Land.

White helmet with red combs protruding from it, and blue ovals at the sides, azure blue fingerless gloves, white sleeveless shirt, red neckerchief, blue trousers, blue and brown shoes with two gold rectangles on each side.

Billy Hatcher is Cheerful and Mischevious

Appearances In Other Media 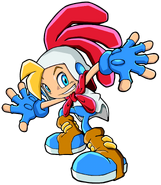 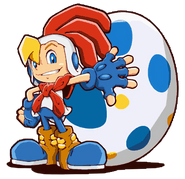 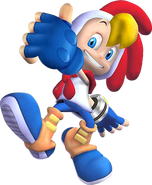 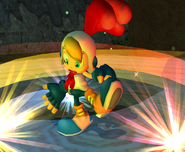 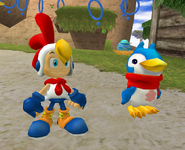